Setting up a company: 7 appealing aspects of the French market

Choosing the right business location is essential to the success of your international development project. But before choosing your future site, the first step is to find the regions that will best meet your expectations.

This is all the more difficult because regions are competing fiercely to attract foreign investors.

You must therefore be methodical and take into account not only the financial but also the qualitative criteria to find the best location.

In 2019, France ranked first in Europe for foreign investment projects, ahead of the United Kingdom and Germany. This article outlines the features that make France an attractive destination for expanding your business abroad.

As the world’s 7th largest economic power, France has an attractive economy for foreign investors. In 2019, France took first place in foreign investment, ahead of its historical rivals: the United Kingdom and Germany.

It has benefited in part from the uncertainties surrounding Brexit but above all from structural reforms to improve its economic competitiveness.

According to a survey conducted by EY, in February 2020, 32% of executives felt that France was growing in appeal. 50% found it was the same, despite the “gilets jaunes” protests.

France is open to foreign investment. It is home to some 17,000 subsidiaries of foreign companies. Foreign companies in France employ about 2 million people, or nearly one in eight French employees. They generate 31% of our exports.

Not only is France the 2nd largest market in Europe, with a population of over 67 million, its geographical location also makes it a destination of choice to access EMEA markets.

A country of innovation

France is an innovation powerhouse. It ranks 6th in the world in terms of domestic spending on research and development.

In Europe, it ranks first in terms of hosting R&D activities, ahead of the United Kingdom and Germany. The research tax credit offers companies one of the most competitive tax rates for R&D activities.

France ranks 6th in the world with nearly 8,000 patents filed in 2018. It is behind Germany but ahead of the UK.

Above all, France is a leader in patent registrations in emerging sectors with high potential, such as artificial intelligence and data security.

A nation of talent

France’s appeal also lies in the quality of its training and the skill and reliability of its workforce.

French employees are among the most productive in the world. France ranks 9th in terms of hourly labor productivity, ahead of the UK (19th). According to a Kantar

Public/Business France survey, 87% of managers of foreign companies located in France find the training and qualifications of the French workforce attractive.

This appeal stems from the quality and variety of the training on offer. France has 26 institutions among the top 100 MBAs. It also has a large pool (1.7 million) of graduate engineers and scientists.

Finally, with 9.7 researchers per 1,000 working people, France is a leading country in terms of research. One of its flagships, the CNRS is the 2nd largest research organization in the world.

Finally, the introduction of the Tax4Business service allows investors wishing to set up in France to find all the answers to their tax questions. This effort to provide clarity and transparency through a centralized platform dispels any uncertainty about which provisions apply.

France is an industrial heavyweight.

Over 250,000 industrial companies. These companies include world leaders such as Danone, Airbus, Orange, Total and Sanofi, as well as a very dense network of SMEs that boost French industrial competitiveness.

More than 3.1 million employees work in industrial companies, i.e. 13.3% of the workforce. The food industry, transport equipment and the metal industry are the top 3 sectors in terms of workforce.

French industry is of considerable economic importance. It accounts for 13.5% of French market GDP. French industries generated 42.7% of their sales from exports in 2017.

Thanks to the industrial know-how of its workforce and competitive hourly costs, French industry is particularly attractive. For over 15 years, France has been the leading host country for foreign investment projects in the industry.

France has made significant progress in digital terms. The vast majority of French people are connected, with internet penetration reaching 88% in 2019.

France is one of the European countries with the cheapest access to fixed broadband Internet, less expensive than in Germany or the United Kingdom for example. It is also the top country in Europe in terms of broadband connections.

It is also aiming to become a leading country in 5G Internet, which should give it a prime position for the Internet of Things.

Applied to the field of industry, for example, the IoT opens up new prospects in terms of energy management or managing and maintaining industrial buildings.

The IoT also drives savings in the service sector thanks to better building management.

Finally, France is also the 2nd European market for e-commerce.

The appeal of “made in France”

“Made in France” is a guarantee of quality and competitiveness both on the French market and for export. According to an Ifop study, 74% of the French consider that the label is synonymous with better quality. They even profess to be willing to pay more for a product if it is made in France.

The “made in France” label is free of charge and testifies to a company’s efforts in terms of:

Business relocation has also been a hot topic since the health crisis. The government has also taken measures to encourage certain strategic businesses to move back to France.

“Made in France” is also a criterion for competitiveness in exports. French know-how in luxury products and food processing is recognized worldwide.

According to the “Made-in Country Index”, made in France is on the rise across the world. The index puts France in the top 10 most reputable and valued countries in terms of export sales

Although it is sometimes a victim of received wisdom about the productivity of its workforce, its tax system or allegedly cumbersome administrative procedures, France nevertheless has many advantages to attract foreign investors.

These are partly due to the country’s economic history and geographical location, but also to incentive-based public policies. In recent years, France has embraced digitalization and the simplification of administrative procedures has made it easier for foreign companies to set up shop.

Do you plan to invest in France? Contact Nord France Invest, the economic development agency for Northern France 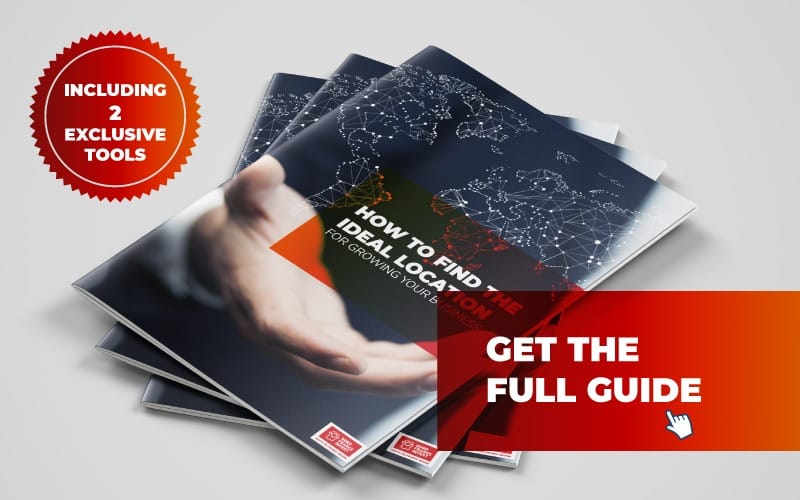