Are you thinking of developing your agrifood business in France?

In that case, you are probably very attentive to the evolution of the sector and, especially, to the impacts of the COVID crisis on the French agrifood market.
In general, the French AFI market remains a growing, mature, yet solid market. Some evolving sectors offer great opportunities to those who want to set up a business.

The French AFI has shown itself to be very resilient overall in the face of the health crisis, despite disparities between sectors.

In this article, find out how the AFI industry has coped with the pandemic, who are the “winners” of the crisis and how companies have mobilized to ensure the continuity of their activity despite the difficulties.

What developments has COVID brought about?

In France, the sanitary crisis has had relatively little effect on the production of the agrifood industries. In terms of volume, it fell by only 2.9% in 2020, which is three to four times less than the decline recorded for all industrial activities.
The AFIs’ relatively good health can be explained by several factors:

In short, although the overall results are rather satisfactory in view of the economic situation, we must nevertheless consider the strong disparities between the stakeholders.

The lockdowns and closure of bars and restaurants were very detrimental to some sectors, such as beverages and potato processing.

However, at the same time, the French had more time to cook and eat at home. The lockdowns, at first, and, more broadly, the development of telework, have changed consumers’ eating habits.

The development of trends resulting from the crisis

The health crisis has an impact on French eating habits. It has also forced the sector’s stakeholders to organize differently, at least during the lockdowns. It has thus contributed to the emergence or development of several trends.

The boom of short distribution channels

During the lockdowns, many consumers turned to short distribution channels, especially for the purchase of fresh produce (vegetables, dairy products, eggs, meat …).

The demand for this type of distribution can be explained by several factors:

For their part, producers organized to withstand the crisis. For example, farmers or small companies that depend on the restaurant industry sought new outlets for their products. Direct sales offered them more resilience.

The development of home-made products

With the lockdowns, the French had extra time at home. The restaurants remained closed for a long period. Therefore, many people (re)discovered a passion for cooking.

“Homemade” products inevitably had an impact on the agrifood industry because their enthusiasts favored unprocessed products. Another trend that we will also develop is the strong increase in frozen products, which can be explained by a much greater number of home-delivered meals.

The “homemade” trend should continue with the development of telework. Indeed, when spending the day at home, it is easier to take time off to prepare meals.

The development of food e-commerce

Consumers’ reluctance to go to the store during the pandemic has paved the way for the development of remote food shopping practices.

E-commerce and especially drive-thrus exploded in 2020, with 46.5% growth compared to 2019. Traditional drive-thrus account for 92% of this market, but home delivery and pedestrian drive-thrus have also experienced strong growth.

Nowadays, retail outlets are no longer a must. Retailers have understood this, as evidenced, for example, by Picard’s development of a home delivery service in partnership with Deliveroo.

Which sectors have been the most resilient?

During the first lockdown in March/April 2020, frozen foods even grew by 30%. They were very popular for their ability to respond to new needs in home catering. Between the school closures for children and teleworking (or temporary lay-offs) for parents, the French changed their eating habits.

Frozen foods emerged as a solution for quickly preparing meals for the whole family. In a context where consumers spaced out their shopping trips, the long shelf life of frozen products was also an advantage. For instance, the demand for frozen vegetables has never been as strong as it was during the crisis.

As a result, frozen food producers have been able to continue investing despite the global context.

The canned food sector spiked +28% during the spring 2020 lockdown.
Like frozen food, pasta and flour, canned foods belong to the category of storage foods. The French favored these products to:

A strong mobilization of the AFI employees

The resilience of the French agri-food industry is largely due to the responsiveness of companies that implemented the necessary conditions to maintain their activities. Of course, to make this continuity possible, a strong mobilization of the employees was also necessary.

As a strategic sector, the agri-food industry was called upon to “feed the nation”. While most activities were at a standstill or slowed down, the employees of the sector, the so-called “front line” worked during this period.

The implementation of these measures was probably facilitated by the sanitary requirements to which the AFI is already subject in ordinary times:

At the same time, the National Association of Food Industries (ANIA) immediately mobilized to ensure the supply of large-scale distribution and avoid possible food shortages. To avoid a labor shortage due to the consequences of the lockdown, companies were also able to rely on the “second line” by using temporary workers.

Despite the uncertainties and fears related to the health situation, the employees of the food industry understood the importance of their role. They participated in the collective effort, sometimes even agreeing to extend their work week.

The French agrifood industry has responded very well to the challenges posed by the COVID-19 crisis. Companies organized to maintain the continuity of their activity and supply to distributors, thus avoiding shortages.

In some sectors, companies have also had to respond to an unprecedented demand, driven by changes in eating habits.

The exemplary nature of the stakeholders and employees in the sector has allowed the French AFI to weather the storm well, despite disparities between sectors. 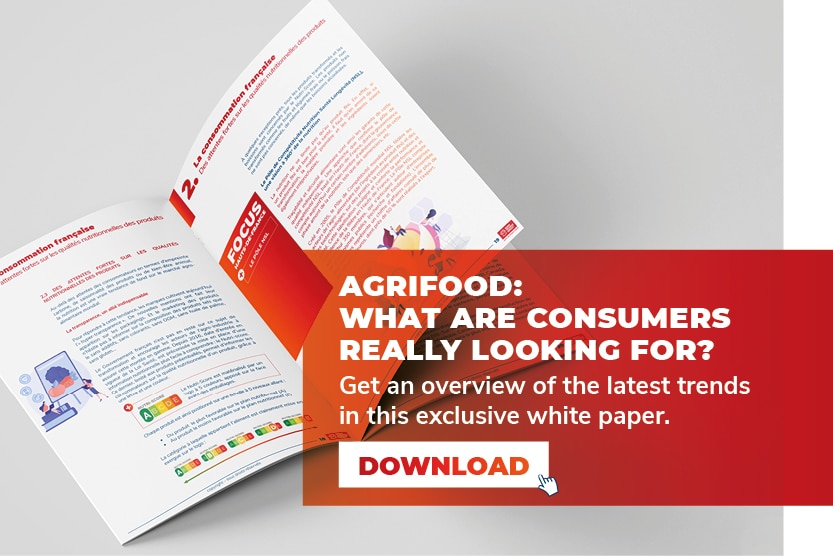