This investment follows the Renault Group’s decision to use Envision AESC to fit out its electric vehicles which will be assembled in future at the Douai plant.

The Envision gigafactory: a near €2 billion investment

With Finland and the Czech Republic also in the running, the Hauts-de-France Region has won a second project to build a battery plant by Sino-Japanese battery manufacturer, Envision AESC, representing an investment of almost €2 billion.

The new Douai site will have a production capacity of 9GWh in 2024, growing to 24GWh by 2030 to produce state of the art, low carbon batteries.

The site will initially supply the Renault factory which will be increasingly dedicated to producing the brand’s electric vehicles.

This investment allows Envision to consolidate its industrial position in Europe and to penetrate the French electric vehicle market, which has substantial production potential.

For its part, Renault, which plans to boost sales of electric vehicles to 90% by 2030, is putting France and the Hauts-de-France Region at the heart of its industrial strategy for electric vehicles and batteries.

Production is scheduled for Spring/Summer 2024.

An automotive project supported by the Region

The project, supported by the State and the Region, was assisted over 15 months by their respective agencies, Business France and Nord France Invest.

As a regional economic promotion agency, Nord France Invest and its partners facilitated financial and technical approval for the project. We also participated in developing the financial support offered by the State and the Region, and putting Envision’s representatives in touch with local institutional and technical stakeholders.

Do you need support for your investment project in the Hauts-de-France Region?

After ACC, the Stellantis-Saft/Total joint venture, this new battery plant project takes the region into a new dimension on the French and European electric vehicle market, making it France’s battery valley.

With the ACC and Renault/Envision plants, the Hauts-de-France Region will soon have a joint production capacity of 48GWh. 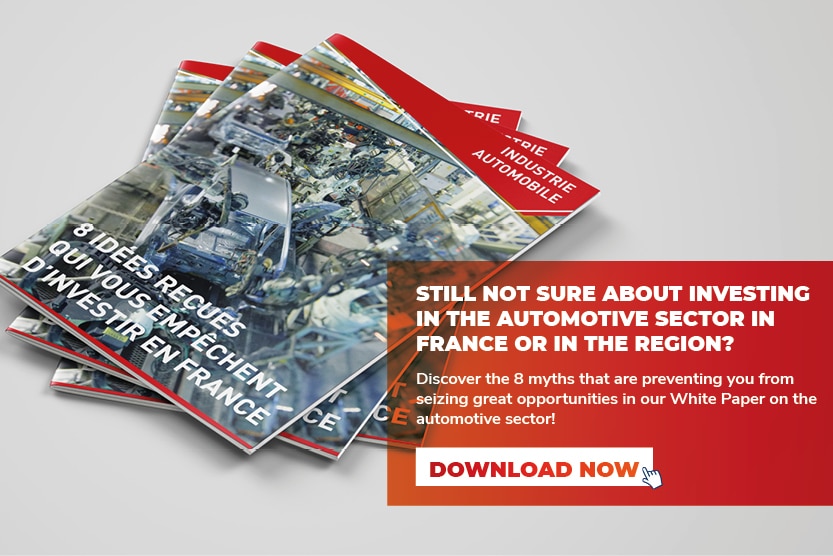 Back to news overview

Rockwool launches in the Hauts-de-France region